The Amazing Life Story Of The Barbadian Lawyer Who Created The Term Pan-Africanpic.twitter.com/RibiY7p84T 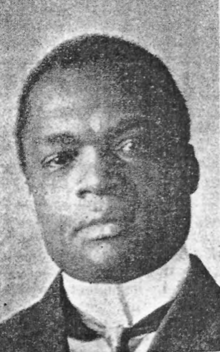 On Monday, July 23, 1900, the first Pan African Conference was convened at London's Westminster Hall, making history. The three-day gathering brought together roughly thirty leaders and activists from Africa, England, America, and the West Indies, and served as a starting point

for a discussion on Africa's future. The term Pan-African, as well as its course and aims, became widely used after this summit, particularly in Africa. Henry Sylvester Williams, a London-based Barbadian lawyer and writer who convened the historic Pan African

Conference, is credited with coining the term Pan-African. He had become conscious of the injustice of African Americans and had created the African Association, which included continental and diaspora Africans, three years before the Pan African Conference.

as well as educate African Diasporan activists about the difficulties afflicting Africa and the need to free the continent. The African Association had succeeded in uniting a substantial population of Pan Africanists in the Diaspora by 1900, prompting Williams to create the

Pan African Congress. The summit generated international headlines and sparked conflict among conquerors from the West. At that time, it became evident that a generation dedicated to Africa's liberation and development had been born.

It was all because to Williams, who had been ignored for a long time following his death until lately. Williams was born in Barbados in 1867, not 1869, as previously assumed and went to Trinidad with his working-class parents where he grew up in Arouca with five younger brothers

While working as the Registrar of Births and Deaths in South Trinidad, Williams was named headmaster of a primary school in 1887. In 1891, he moved to New York City, where he became aware of the oppression of African Americans, particularly in the South.

Williams left the United States after two years and relocated in Nova Scotia, Canada, where he enrolled at Dalhousie University in Halifax to pursue a law degree, but never completed it. Williams arrived in England in 1896.

He worked as a speaker for the Church of England Temperance Society, married, and returned to school to study law at Kings College London and Grays Inn. Williams began teaching in Trinidad after becoming a lawyer, questioning the tenets of the Crown Colony system

which he described as callous and racist. When he led a team of Trinidadian lawyers to meet with MPS, he became the first person of African heritage to speak in the House of Commons. He frequently wrote to newspapers to express his support for the African continent and

African-Americans. When he created the African Association on September 24, 1897, many White people expected it would only last a few months, but it grew stronger over time, eventually culminating to the Pan African Conference.

The meeting, which included significant figures such as W. E. B. Du Bois, Bishop Alexander Walters, president of the National Afro-American Council, and Haitian Benito Sylvain, aide-de-camp to the Ethiopian monarch, would help spur the civil rights movement and anti-colonial

actions. Participants at the meeting agreed that colonial governments must recognize natives' rights and emphasize the need of preserving the Black identity. The Pan-African Association was founded as a result of this conference, with Williams serving as the organization's

first secretary. Williams did not cease exposing the plight of people of African origin after the landmark Pan African Conference in London. He attended the Anti-Slavery Congress in Paris the same year the conference took place, as well as the National Afro-American

Council's annual gathering in Philadelphia. He traveled to Jamaica, Trinidad, and the United States as secretary of the Pan-African Association to establish branches. When he returned to London, he started The Pan-African, a monthly publication that barely lasted a few months.

In 1903, he moved to Cape Town, South Africa, and became the city's first Black lawyer. As he fought for Africans' rights under minority white rule, Europeans in the country labeled him a dangerous person, forcing him to flee. Williams returned to London in 1905.

In 1906, he was elected to the St. Marylebone Borough Council, making him one of England's first Black public officials. Williams returned to Trinidad two years later, where he practiced law while spreading the word about Africa.

He visited a few African countries before his death on March 26, 1911, including Liberia, Guinea, and Sierra Leone, where he was confronted with Africans' living conditions.

Historians believe it's fascinating how a Black man from a working-class family was able to achieve so much despite racial discrimination and injustice. Williams' works inspired other Black greats like as

Marcus Garvey, Stokely Carmichael, George Padmore, and C.L. Coolidge from Trinidad to his sojourn in North America, London, South Africa, and then back to London before visiting West Africa and ultimately returning to Trinidad. L. R. James, a Black civil rights activist.

You can now support .@Africa_Archives platform by buying as many coffee

as you want here —https://www.buymeacoffee.com/Africa_Archives