Reality check: No country has achieved gender equality, nor is close to it. During the 76th #UNGA let’s put women’s rights on the agenda and ask world leaders to step it up for women and girls.pic.twitter.com/hwMp18tM9M 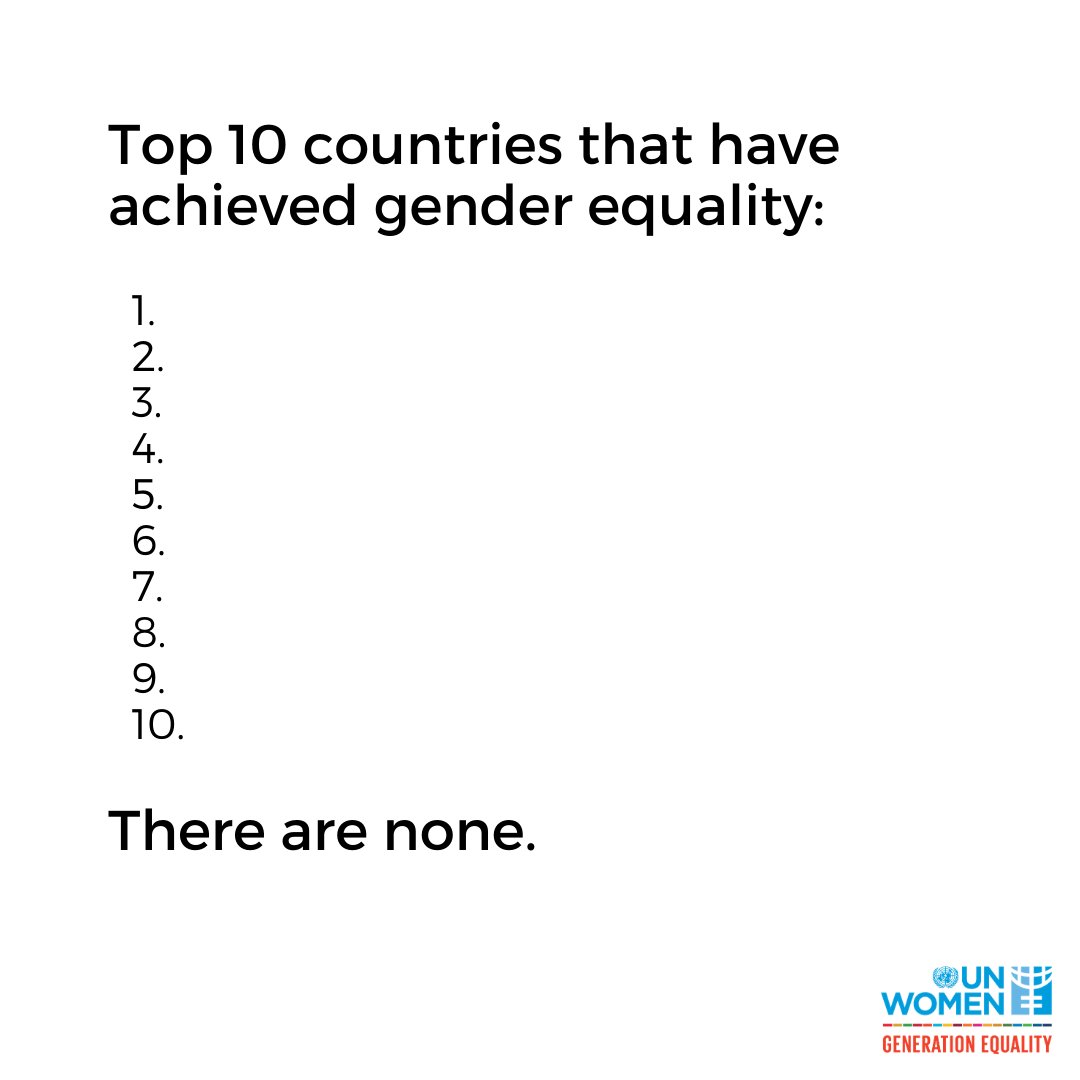 Seems so stupid when you say it like that. Grow up, people. Women are beyond “equal”.

Did you know that 50% of Rwanda's deceased National Heroes are Women. #FactsOnRwanda | #RwOTpic.twitter.com/hcAj4h5rOO

How much longer did I get to sit in solitude because of other competitive women?

So which country is the closest, according to the UNITED NATIONS....

I believe that women will drive and lead the way to an equitable worldwide health care system I envisage as Global Health Care Equivalency (GHCE).https://linkedin.com/pulse/women-lead-way-global-health-care-equivalency-ghce-frank-boehm/ …

To try and make unequal things equal seems like a fools errand. Are you expecting as many men to fall pregnant as women to make it all fair and equal. How can a man ever be equal to a woman? Sure they are strong and can do the hard work but they will never create life.

On the issue of Priscilla misihairambi you have demonstrated that you are very ill informed in terms of Zimbabwe politics. What has she achieved by representing women and girl child? Zero. Saka what are you talking about? Just mere rhetoric doesn't add value.