The @GovUganda through its agency, @UNRA_UG, intends to replace the 67-year-old Kazinga channel, constructed in the year 1954 - with a modern and up-to-date bridge. #ConnectsUg #UgGovtWorkspic.twitter.com/dUh5wlE7yd 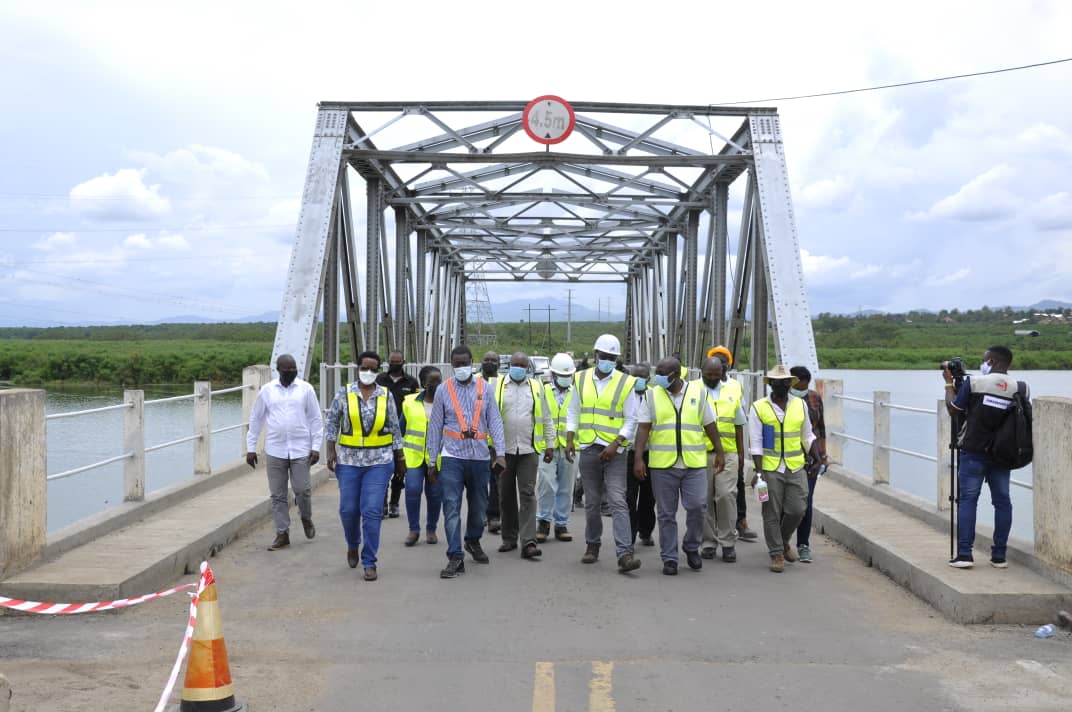 We broke the EAC staff recruitment scandal. We are glad partner states especially Uganda, South Sudan and Burundi were emboldened by our investigative articles to demand for a transparent and inclusive exercise. https://twitter.com/ChimpReports/status/1450677937691299840 …pic.twitter.com/zMs2tCKTaY 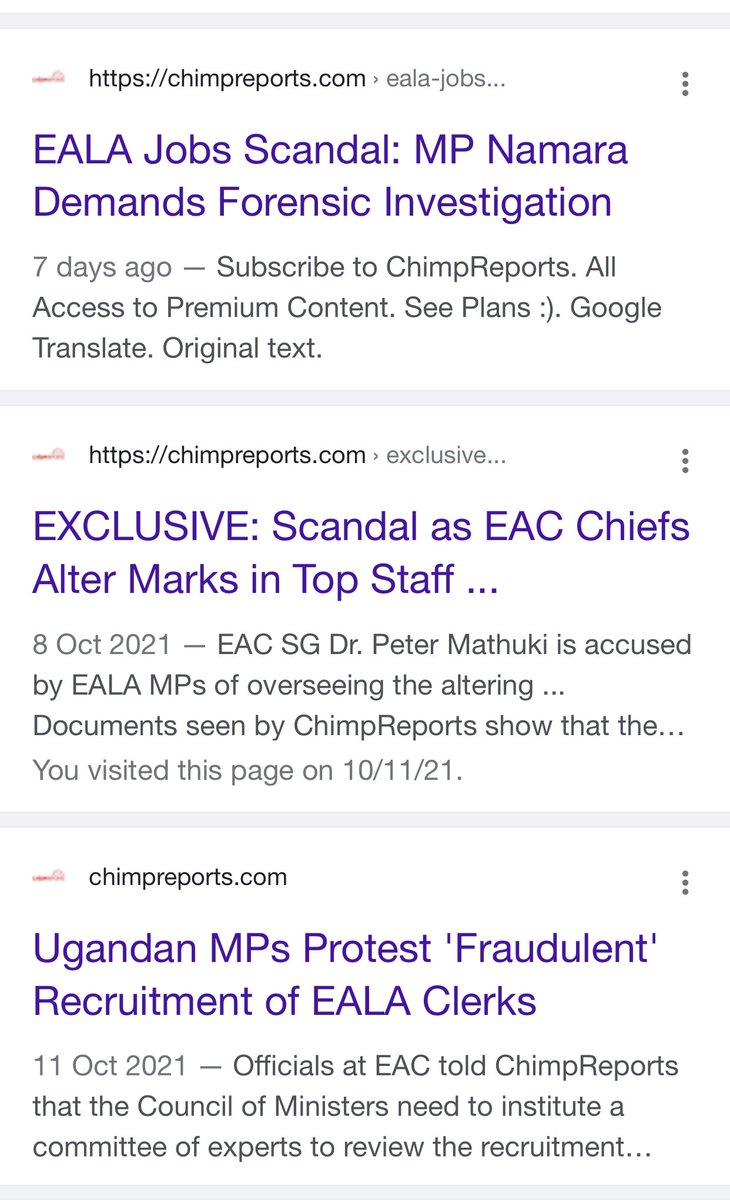 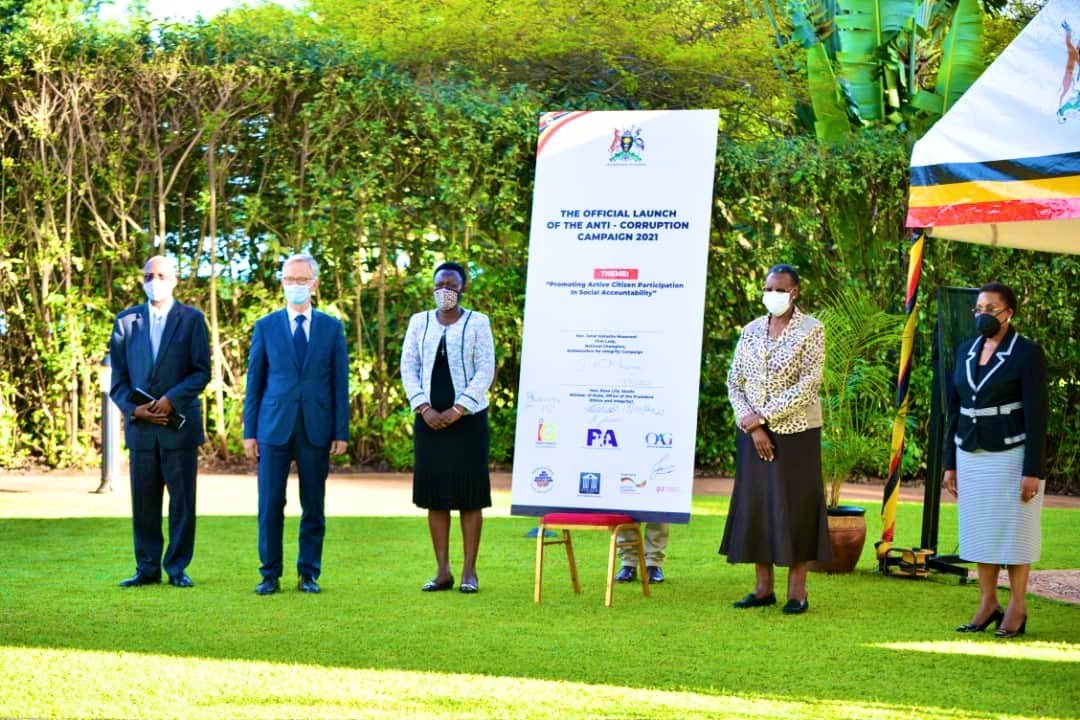 I am happy that you (army) are towing this line. Uganda spends over $550 million each year on importing vehicles from Japan & Europe. All the money we get from selling coffee (about $500 million) goes back to Europe through the importation of vehicles. This must stop.https://twitter.com/mkainerugaba/status/1450366960659804162 …

Land Forces of UPDF was honoured yesterday when the President and Commander in Chief commissioned our latest Infantry Fighting Vehicle, 'Chui'. It was fully designed and manufactured in Uganda. Godbless Uganda!pic.twitter.com/lfRAw3UUUz

Wow! We're glad you had an awesome travel experience. Project name is Masindi/Kisanja Park Junction & Tangi [Pakwach] junction road. It's also one of the projects earmarked to support Oil Exploration and Production in the Albertineregion. #ConnectUghttps://twitter.com/tovie256/status/1448549689054355460 … 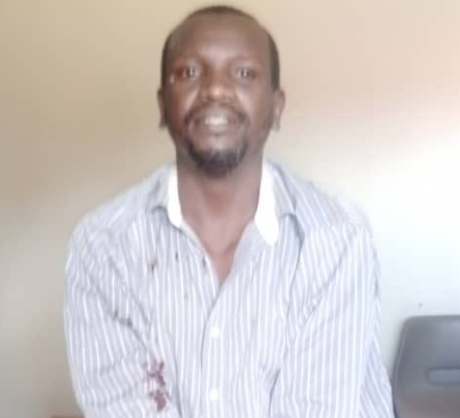 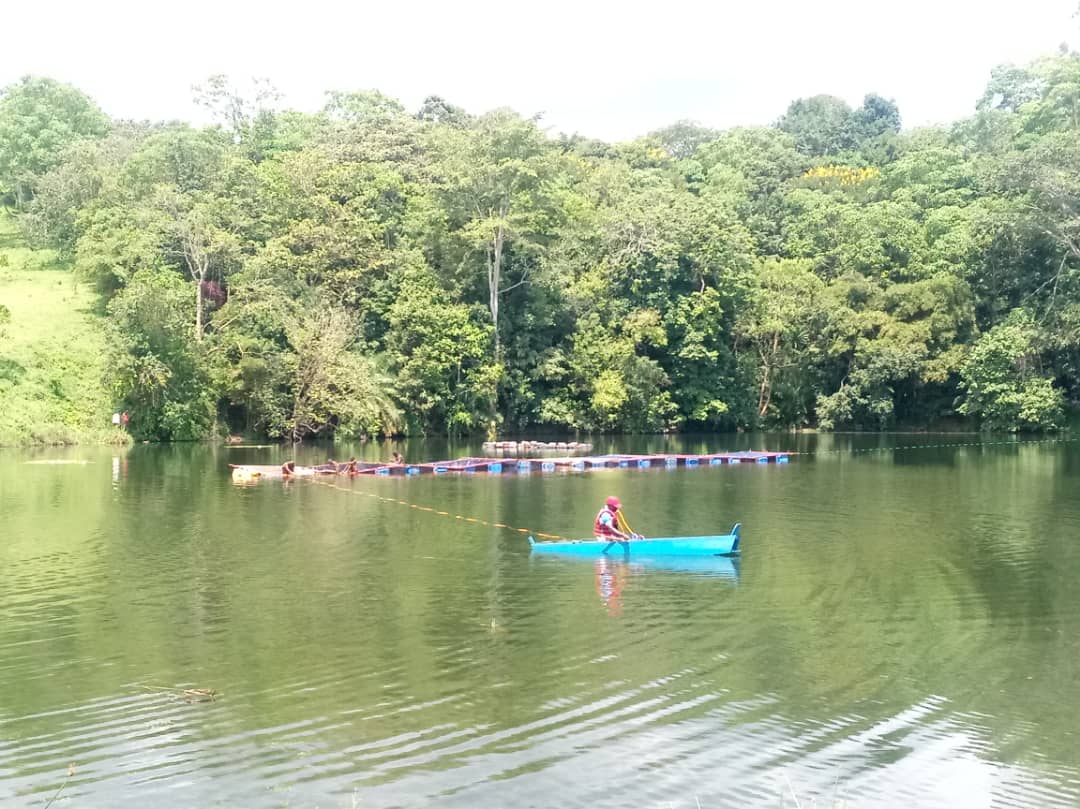 With His Beatitude Theodoros II, the Eastern Orthodox Patriarch of Alexandria and all of Africa at State House Entebbe. I condoled with him and the Orthodox church upon the loss of Archbishop Yona Lwanga.pic.twitter.com/z30gRp7Ggc 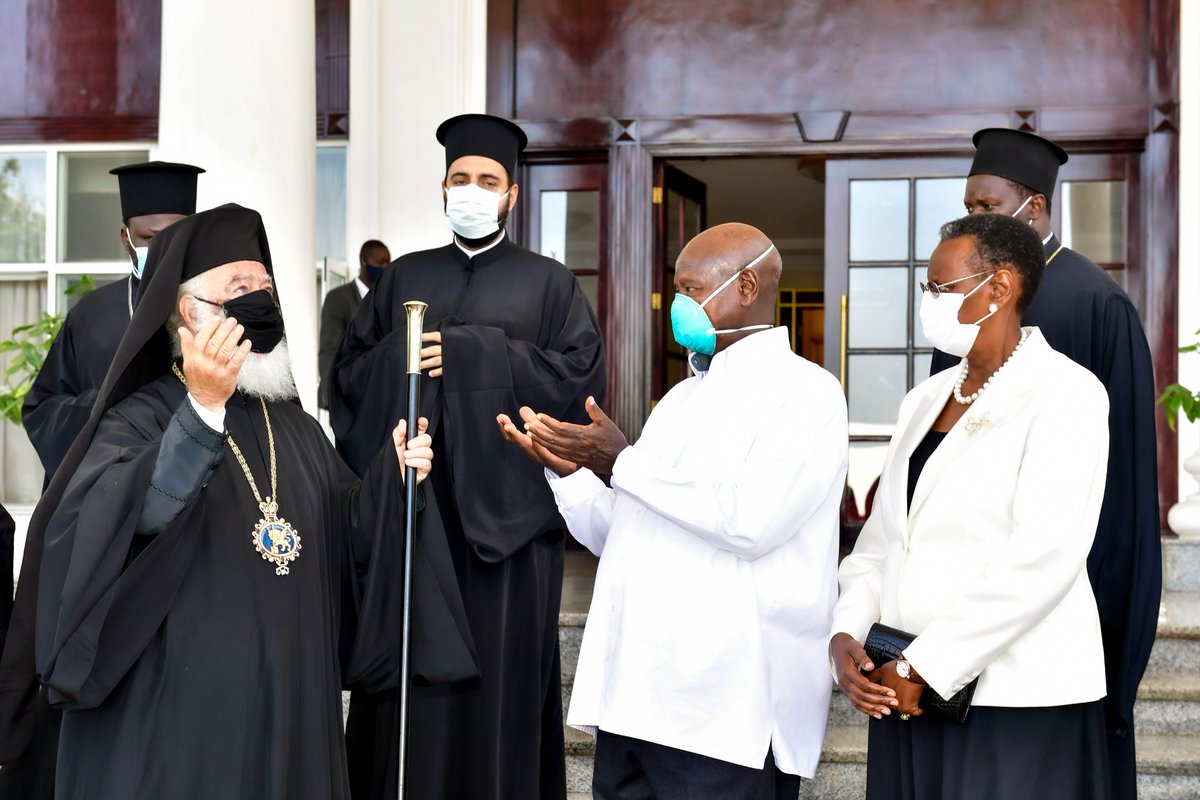 UPDF is one of the best armies on earth. Only fools would dream about fighting us!pic.twitter.com/1tZzVba0rt

I thank my brother Owana for this memorable photograph. This was 18 years ago, the late Afande Kaziini, Army Commander summoned all of us newly promoted Majors to Bombo for the pipping ceremony. 18 years later I am Comd Land Forces and sleeping in Afande Kaziini's house in Bombo.pic.twitter.com/fjx82aRv9g 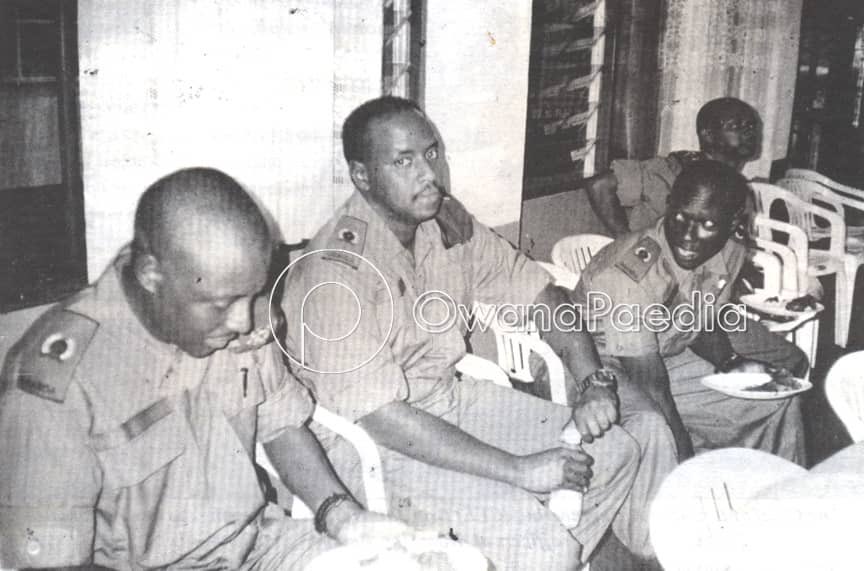 Ugandan intelligence has arrested the leader of the so called Uganda Homeland Liberation Force, Openjuru Howard, inside the country. It was a carefully planned operation that took many months. CMI is proving that it is a truly excellent intelligence service. Uganda ni hatari!pic.twitter.com/ve7NP7wIG9

Me with one of my closest friends and allies, General Johnson Namanya. This was 12 years ago (2009) when we were still ‘young officers’!pic.twitter.com/5sWWBrWd6B 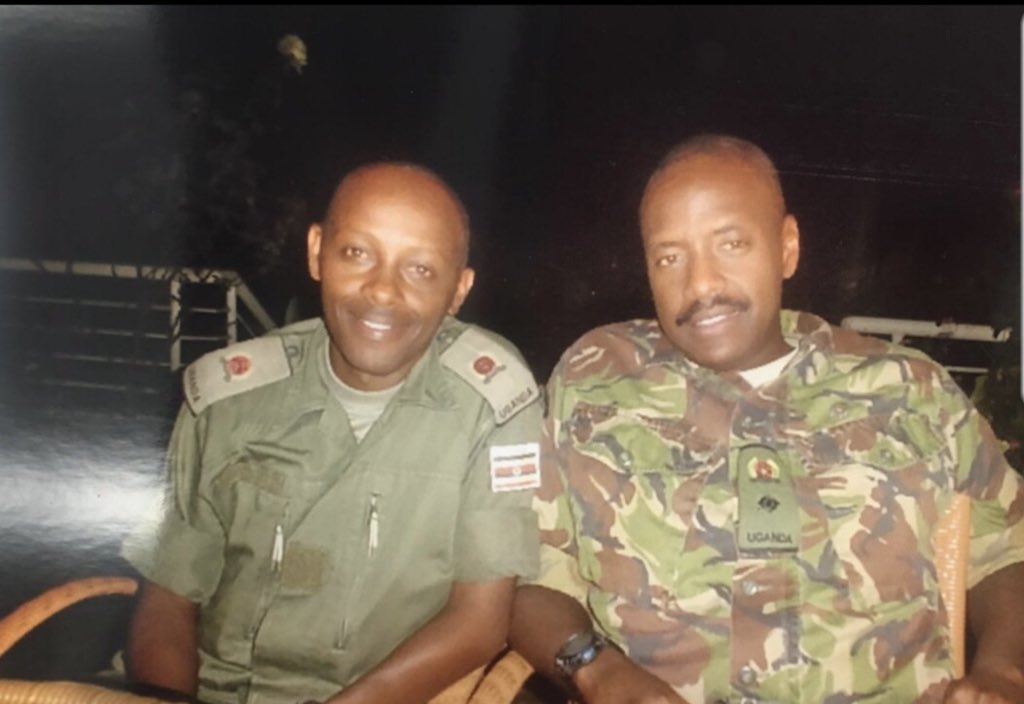 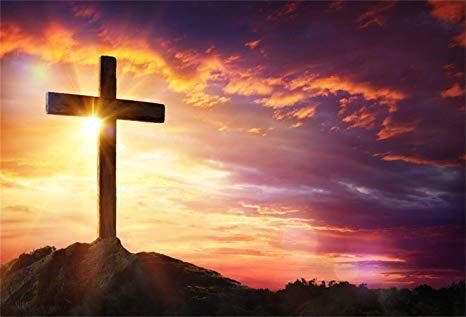