me: they have the bass turned up very high in this stadium, i wish they would turn it down, it can't be very good for our ears also me: shrivels up 20 years older in an instant

God knows I love EDM which is why I feel qualified to say the Spice Girls EDM remix they played in the stadium was unnecessary and bad, a real red pen X in a set that was otherwise vibing, thank you I will not be taking questions on my love of EDMpic.twitter.com/yfnw1MfmEp 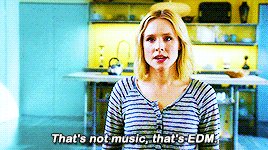 Carli Lloyd announces on her insta she will pass the 10 on to Lindsey Horan when she players her last game on Oct. 26 #USWNThttps://theathletic.com/news/uswnts-carli-lloyd-to-pass-no-10-to-lindsey-horan-upon-retirement/jDMmIIXwlbr3/ …

Angel City FC announces: 1) 1% of net ticket revenue will be divided among players 2) Nearly 11,000 season tickets have been sold The way I read it, players promoting tickets is essentially being presented as a secondary job outside soccer, so not a salary-cap hit. #NWSLpic.twitter.com/ZMjC90TIKk

Just bc I know you guys are gonna ask Meg, it was takeout from Q39 (thanks for the recs), I got brisket and pork belly with mac n cheese and baked beans, and I'm still not quite hungry yet over 12 hours later.https://twitter.com/itsmeglinehan/status/1451195871232552976 …

Soccer Every Day for October 21: @thrace sets up this evenings #USWNT friendly vs. South Korea, and @FelipeCar on tonight's top-of-the-table clash in the Argentina.

Also, your daily reminder that the #NWSL supporter survey is now underway at @TheAthleticSCCR — I saw this has generally only taken about five minutes so... what are you waiting for? (

Quick episode of Full Time this week while I dig out from the multiple Google Docs I have running at the moment — but we've got some highlights of Marla Messing's intro as #NWSL interim CEO for you this week. Listen on

I’m well aware I’m playing a dangerous game here but - You have to sell someone (me) on KC BBQ and you only get ONE recommendation. You’re gonna tell them to eat at:

Asked about biennial World Cup, Becky Sauerbrunn says FIFA’s goal of attracting more youth laudable, but ending racism, homophobia and misogyny is way to do it. “This sport supposed to be for everyone. If it wants to attract more youth, have to make it open for everyone”

Alex Morgan with a long, thoughtful answer on joining the FIFA Technical Advisory Group to focus on growth and advancement of women’s football, as well as her initial thoughts on the possibility of a biennial Women's World Cup. #USWNTpic.twitter.com/GCWX4CBGlZ

AD Franch gives a little shout out to Candace Parker and the Chicago Sky for winning the #WNBA Championship, enjoyed that CP3 got to bring a trophy to her hometown, hopes she can do the same in KC

Q @thegoalkeeper: if players globally don't want 2 yr WC, does Morgan think FIFA will listen? "If all players said no this is crazy, we cannot do this, this will hurt women's football globally in such a great way that we can't recover from this, Gianni and FIFA are gonna listen."

Morgan: "It's definitely an ongoing conversation, but I think having that conversation with the FIFA advisory group was really great for me to wrap my head more around the benefits of it rather than looking at historically what the World Cup has always been." #FIFAWWC

Q @JeffKassouf for Alex Morgan on FIFA tech group discussion of 2-year Women's World Cup (Morgan is on advisory board) "I see the pros and cons of both. Just with the history of the WC I think it's really difficult to grasp the concept of changing from every 4 years to 2 years."

you mean to tell me the chicago sky have the door diana taurasi broke in their arena at their championship parade LMAOhttps://twitter.com/maggiehendricks/status/1450490076413284356 …

#NWSL appoints Marla Messing as interim CEO; Messing was president and CEO of the 1999 World Cup and VP/exec director of the '24/'28 LA Olympic & Paralympic bid, among many othershttps://theathletic.com/news/nwsl-appoints-marla-messing-as-interim-ceo/wvHjQ0WlkpE2/ …

Asked by @thegoalkeeper if a biennial World Cup is a foregone conclusion given the reporting around it, Jill Ellis says it is not, and there will ultimately be a vote. Follow-up from @RobHarris on IOC, Ellis says Olympics needs to expand (realizes it might not).

THEY DID IT AND WE ARE NEVER GONNA SHUT UP ABOUT IT. EVER. #WNBAFinals