This is just devastating … there are no words. A true gentleman and someone who will be sadly missed. Thinking of Sir David’s family at this very sad time.https://twitter.com/telegraph/status/1449014510933757956 …

"every four years, Northern Ireland is to vote on whether to keep half of its [the Protocol] provisions. The vote is to be won by simple majority, upending the Belfast Agreement’s principle of cross-community consent "https://www.telegraph.co.uk/news/2021/10/15/brussels-concessions-nowhere-near-enough-avoid-instability-northern/?s=09 … 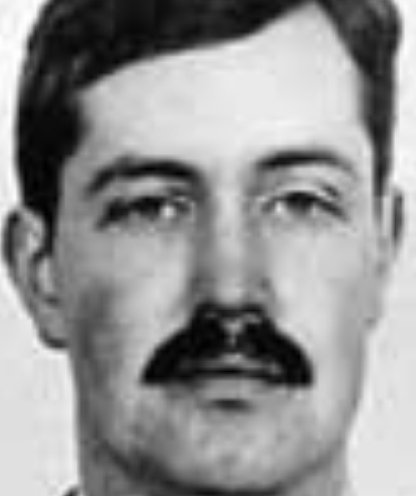 Good luck to @Dale_Pankhurst today as he finally ties the knot with Aynsley. Thoughts with Dale's sister Kelly who was to be Maid Of Honour & her family who can't go because of Covid. Hope everyone has a wonderful day & a long happy life together.

The number of people in Ireland who say they don't accept Northern Ireland's existence is quite remarkable. If they voted for the Belfast Agreement, that's exactly what they did. Or did they just not read it first?

What type of sick society are we living in where a politician, pensioner, father, husband doing his job is stabbed to death. There's far too much hate and aggression floating around these days. Bless his poor family and those who now feel unsafe in the wake of this awful attackhttps://twitter.com/amessd_southend/status/1447876799531212800 …

'In short, these increasing attacks have rather spoilt the great British tradition of the people openly meeting their elected politicians.' Arlene Foster and Liam Halligan read an extract from Sir David Amess' book which discusses life as an MP following the murder of Jo Cox.pic.twitter.com/wF64XxJGN8 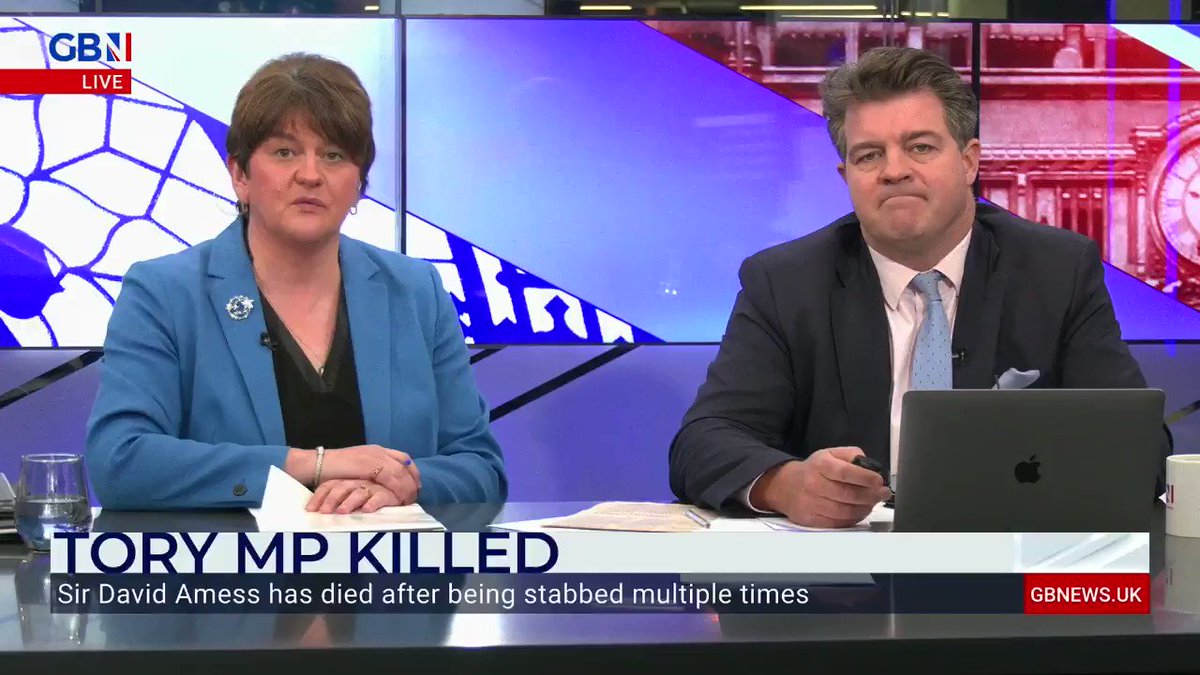 The orchestrated campaign by SFIRA to make Unionists second class citizens in this part of the United Kingdom will not be allowed to succeed. Michelle and the Connolly House Politburo need to understand this also…….https://twitter.com/moneillsf/status/1448705951847026694 …

An Irish politician got 11 likes tonight for a tweet linking to his speech in the Dail about this week's Budget - and 1.2k for the very next tweet having a go at the Brits over Brexit. This says everything about how Twitter works, none of it encouraging.

The EU has come back to the negotiating table. Now we must be strong. Lord Frost knows it is in our permanent interest that there must be no border between Great Britain and Northern Ireland.https://www.telegraph.co.uk/news/2021/10/14/eu-has-come-back-negotiating-table-now-must-strong/ …

Finucane supporting the EU concessions shows exactly how nobody loyal to Northern Ireland could accept them. They lied about being able to change things, now they’ve backed down and hope their pathetic offerings will be enough. 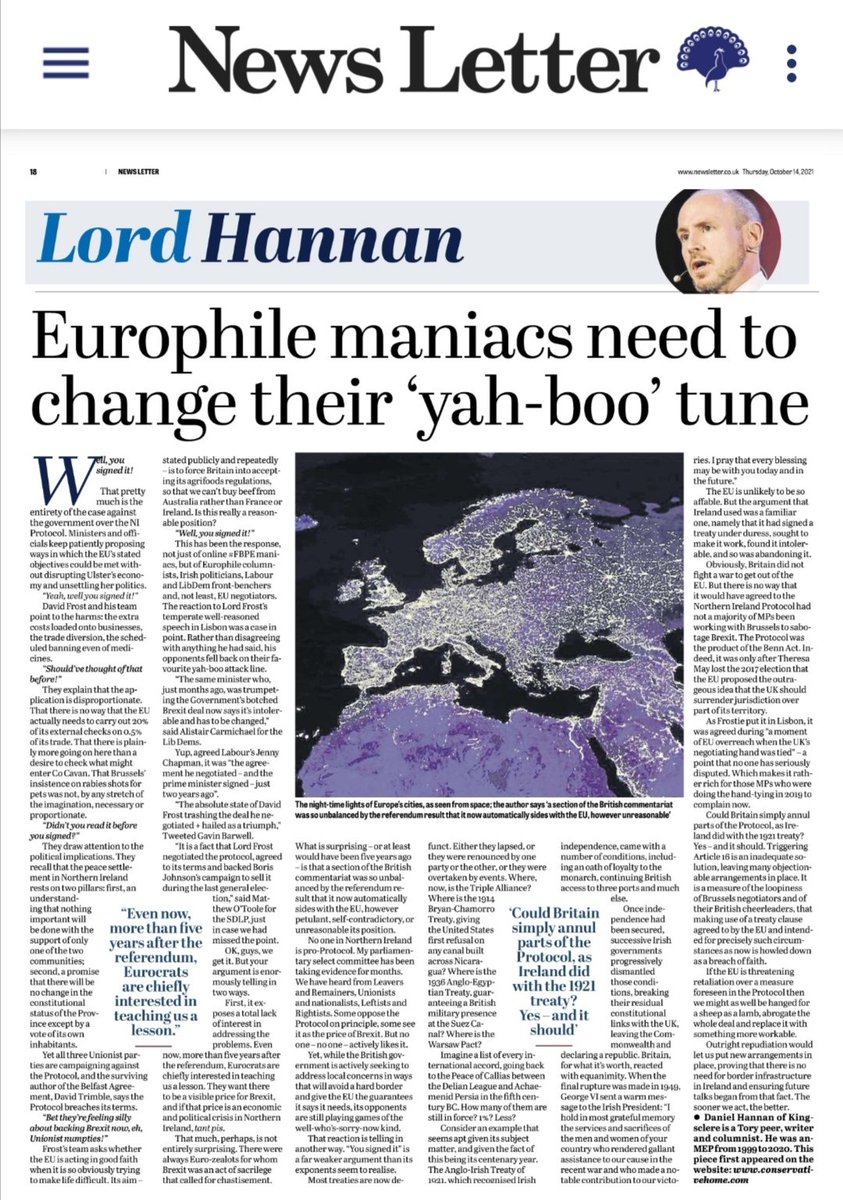 The NI protocol goes to the heart of the whole Brexit argument: it is a matter of sovereignty. While progress on trade can be welcomed, ultimately a palatable Brexit won't have been achieved until Northern Ireland is no longer subject to EU law.https://www.telegraph.co.uk/news/2021/10/13/brexit-wont-have-achieved-northern-ireland-no-longer-subject/ …

Humza Yousaf has gone AWOL. Why is he hiding?pic.twitter.com/XGSJPf1jhC 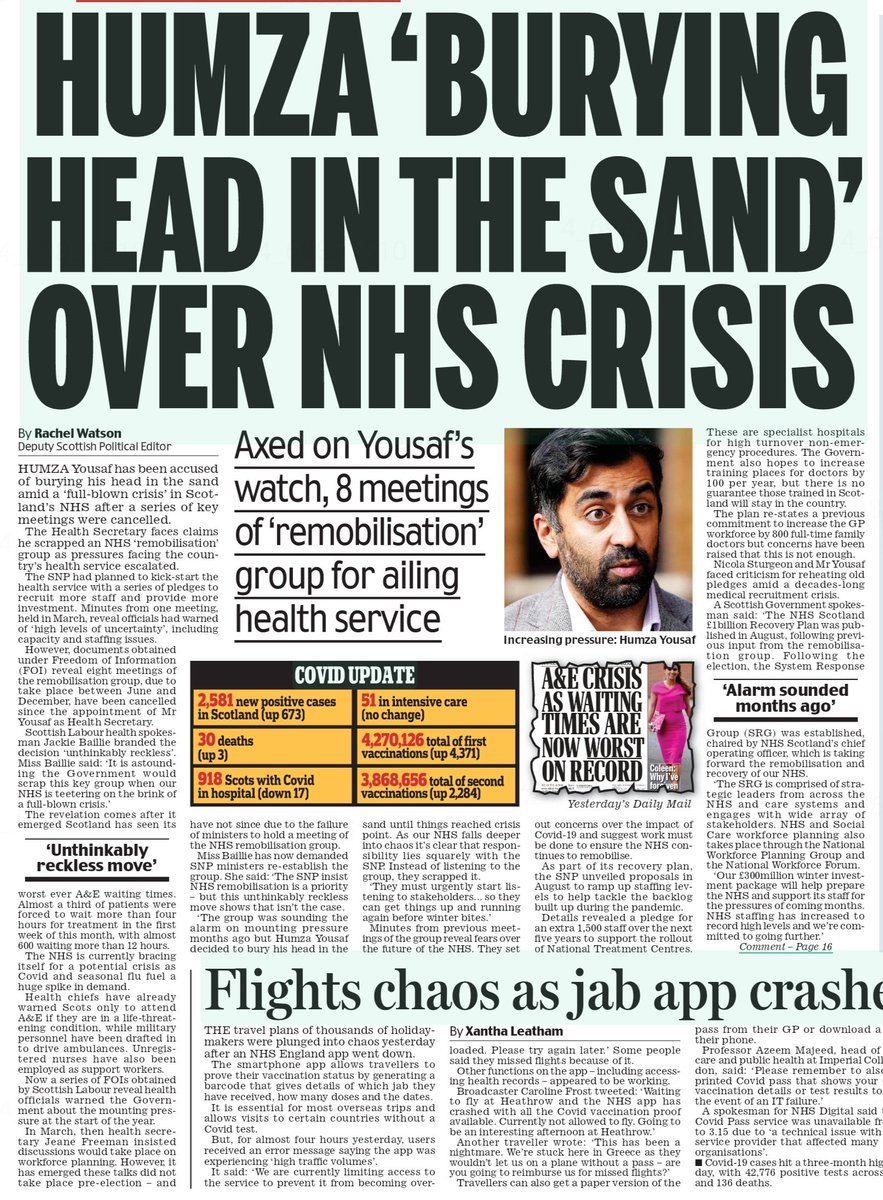